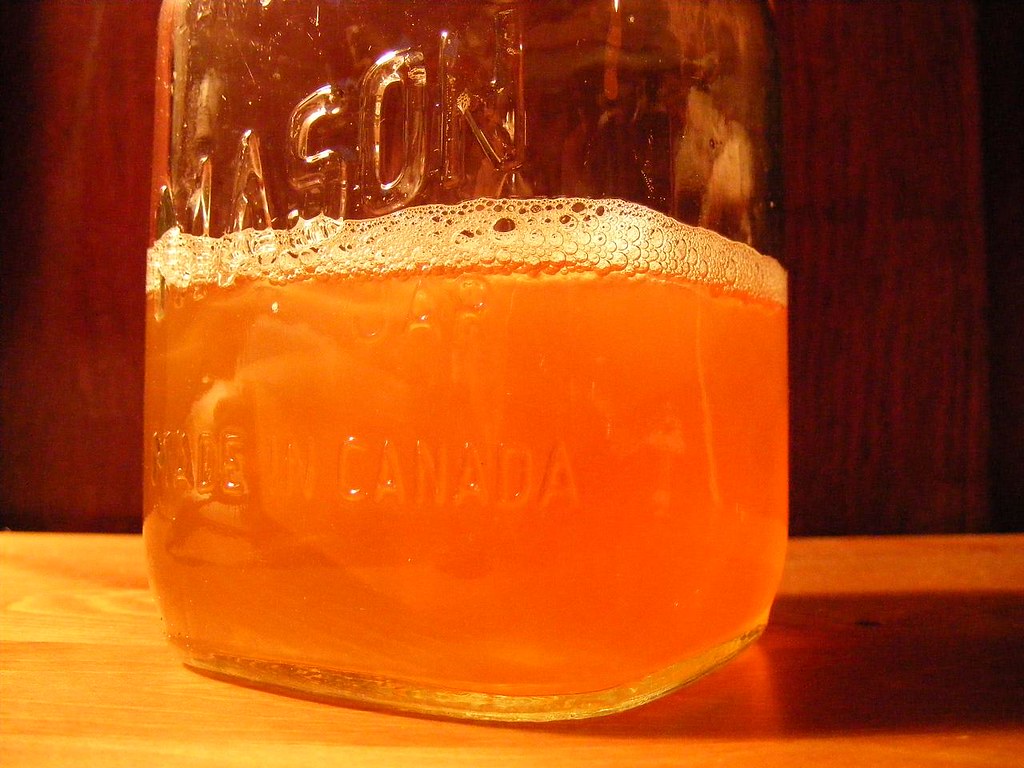 Kombucha is one of many health fads that has taken the world by storm. People everywhere are raving about the outstanding benefits derived from consuming this medley of bacteria, yeast, sugar, and black (or green) tea. But too few understand its historical origins and proven health advantages and risks.

Kombucha was introduced in ancient Northeast China, where it quickly gained popularity after curing ailments for Emperor Inkyo. Since then, it has been discovered to have several health benefits, including protection against heart disease, cancer, and other illnesses. However, too much kombucha tea can present additional health risks.

It’s easy to fall into the health industry’s exciting ebbs and flows without asking too many questions about certain supplements’ validity and implications. However, doing so can present severe perils for your physical wellbeing. By reviewing the article below, you can learn the basics of kombucha to determine whether this supplement is right for you.

The History of Kombucha Tea

Although kombucha tea is primarily associated with the mainstream pop culture of today, this fermented beverage is rooted in ancient traditions. It has existed far longer than the influencers and health gurus of the 21st century. Kombucha first emerged in Northeast China around 414 BCE, when the region was known as Manchuria.

In its early days, the beverage, popularized by a Korean physician known as Dr. Kombu, was renowned for its healing qualities. At that time, Dr. Kombu brought the drink to Japan to resolve the illnesses afflicting Emperor Inkyo. Before that, though, kombucha was consumed by Chinese people during the Qin Dynasty, when the drink was known as “The Remedy for Immortality” or “The Divine Tsche.”

Since its introduction, it has exploded in popularity, having spread across the European continent thanks to 20th-century trade route expansions. Its fame waned a bit in the decades before the 1960s, but with the help of a Swiss scientific study that illustrated its unbeatable health benefits, the beverage soared back into the public eye.

The drink took off in the ’90s, solidifying its place in pop culture when grassroots influencers in the United States began exchanging SCOBYs (symbiotic culture of bacteria and yeast) to support others in brewing the beverage for themselves at home. The drink was then confined to local health shops but quickly gained popularity in mainstream markets, outpacing health experts’ clinical knowledge of the beverage. (Source: Forbes; Smithsonian Center for Folklife & Cultural Heritage)

Despite having been largely exaggerated over the last several decades, science has shown time and again that kombucha has a plethora of incredible health benefits to offer its drinkers. Also known as “mushroom tea” (due to the “mushroom-like film” that develops on the tea’s surface as a result of the active bacteria and yeast populations), this drink has been proven by health experts to:

Because of some of these microbial communities, kombucha may have probiotic attributes. This gives your digestive system good bacteria that boost your health, specifically within your digestive system. Your intestines will be less susceptible to inflammation and noticeably better at digestion, and you are likely to experience considerable weight loss as well.

Is It Okay to Drink Kombucha Every Day?

As much as you might love to drink kombucha tea, you must be very careful when consuming this brew, especially if you plan on partaking of it daily. The Centers for Disease Control (CDC) suggests that individuals with no preexisting conditions are likely to be safe when drinking no more than four ounces of kombucha per day.

However, experts at the Cleveland Clinic interpreted the CDC investigative summary to include three helpings of four-ounce drinks daily. Either way, know that, according to dietitian Maxine Smith, RD, LD, the average commercial bottle of kombucha exceeds both these standards. Consume too much, and you may be at risk of experiencing the side effects discussed below. (Source: CDC; Cleveland Clinic)

Side Effects of Drinking Kombucha Tea

Exceeding the daily recommended amounts of kombucha tea can have disastrous effects on your body and overall health. You must understand that not all kombuchas are made equal, and some of them are packed with calories, at times, reaching maximums of 120 calories per bottle. Though consuming one of these calorie bombs once in a while is not guaranteed to have adverse effects, regular ingestion is likely to lead to weight gain.

People who drink too much kombucha are also likely to experience digestive complications, specifically because of the carbonation. Too many servings have been known to lead to:

Just as some kombucha drinks have too many calories, others have way too much sugar (some contain up to 28g!). Though it might taste good, these unacceptable sugar levels may increase your risk of developing diabetes, fatty liver disease, or heart disease. You will also be more susceptible to obesity.

Remember that some kombucha drinks are made with black tea, meaning that excess consumption can lead to caffeine overstimulation. For the same reason, drinking this beverage before you go to bed can cause severe disruptions in your sleeping patterns.

Anyone with preexisting conditions and compromised immune systems should be extra wary of drinking kombucha, specifically homemade batches. Due to its microbes and the fact that it is unpasteurized, immunocompromised individuals with the following conditions are more susceptible to adverse reactions and are discouraged from consuming this fermented beverage (Source: Healthline):

Pregnant and breast-feeding women are strongly advised to avoid kombucha as well. Though present in only small amounts, the alcohol and caffeine in kombucha tea pose a unique risk to expectant and nursing mothers and their babies. (Kombucha alcohol concentrations typically range between 0.5-3%, the latter being more representative of homebrews.)

Lastly, though cases are rare, kombucha consumption has been attributed to (Source: Healthline; National Library of Medicine):

Kombucha is an incredible beverage that has been used to treat a wide array of ailments for millennia. Both anecdotal and scientific evidence has shown that this fermented drink offers several health benefits, from reducing the risk of certain cancers to fighting Type 2 Diabetes.

Still, like all foods and drinks, there can be too much of a good thing. Although no one should consume more than 4-12oz of kombucha daily, immunocompromised individuals and pregnant women are more likely to develop health complications.