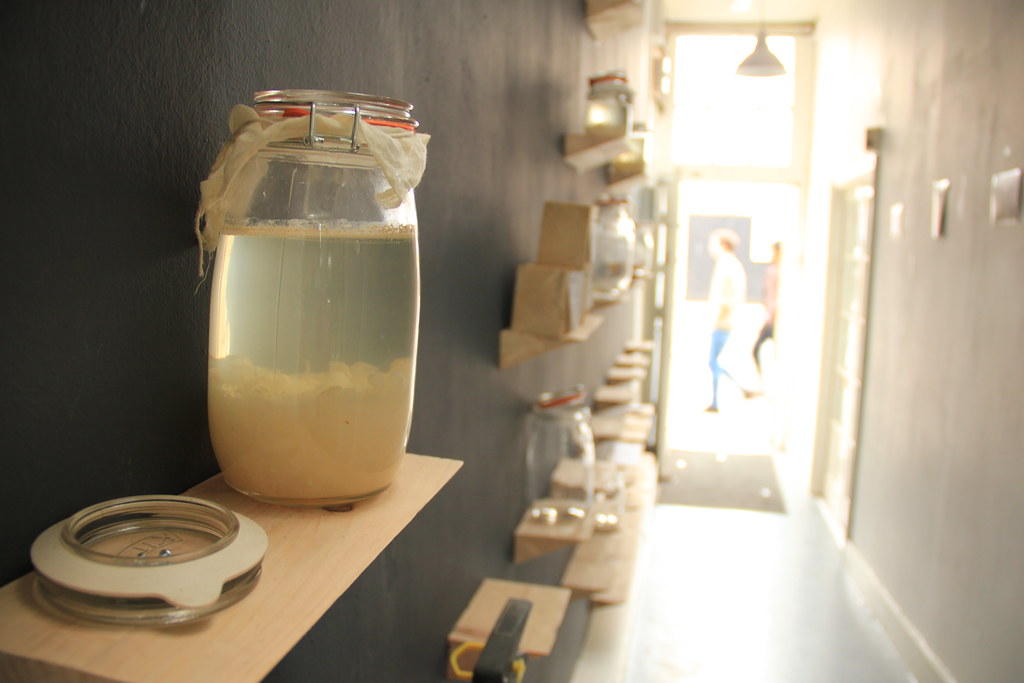 The fizziness is one of my favorite things about kefir. But when first starting out fermenting milk you might think you have done it wrong. Don’t worry, fizzy kefir is completely normal but why is kefir fizzy?

When kefir grains are added to milk the microorganisms in the kefir grains start digesting the lactose in the milk. This process produces alcohol and carbon dioxide as a byproduct which makes kefir taste fizzy.

In this post, we’ll talk about everything fizzy with regard to kefir. I’ll discuss if kefir should be fizzy at all and how much fizziness is too much. In the last part of this article, you’ll also find some helpful tips on how to make your kefir even fizzier (if you’re into that)!

Contents hide
1 Should kefir be fizzy?
1.1 Has fizzy kefir gone bad?
2 Is over fermented kefir bad for you?
3 How to make kefir fizzier
4 Conclusion
5 Author

Should kefir be fizzy?

Homemade kefir is naturally fizzy. The fizziness is actually a sign that the fermentation process has been successful! Generally, the longer the kefir ferments, the more carbon dioxide is produced and the fizzier the kefir is.

Oddly enough, when buying kefir at the grocery store you’ll often find that it is not fizzy at all. After all that time in the supply chain and on supermarket shelves you would think it would pop like soda when opening.

However, to avoid the build-up of excess pressure manufacturers actually use chemical inhibitors to prevent carbon dioxide from ever building up to higher levels.

Fizzy kefir has not gone bad. The fizziness is a normal part of the fermentation process and is a sign that small amounts of alcohol and carbon dioxide have been created by breaking down lactose.

Typically, when you taste fizz where there shouldn’t be any fizz it’s a sign that the food has gone bad. And essentially, the same process is happening with kefir: fermented foods by definition are foods that have “gone bad”.

They simply contain bacteria beneficial to humans instead of mold and harmful microorganisms. In addition to that, the live cultures in kefir also prevent the formation of other harmful spores and bacteria.

Is over fermented kefir bad for you?

Over fermented kefir is not necessarily bad for you. It will just have a much stronger and sourer taste than less fermented kefir. However, it is still completely fine to drink. Just be aware of when there is actual mold on the kefir’s surface (greenish, blue color) or the kefir has become too chunky.

When kefir is fermented longer than usual or at higher temperatures is can become over fermented. Typically, you will see a strong separation between the milk, water and casein when that happens.

Above you can see the different stages that milk kefir goes through in the process of fermentation. Note that the time frames given are based on fermenting kefir at a steady room temperature.

After about 12 hours you’ll the kefir grains start floating to the top and creating thin layers of casein. At 18 hours the layers become more pronounced but are still connected to the milk below. After one day milk, water and grains usually separate into different layers.

However, even at this last stage or beyond kefir is still completely find to drink, it will just taste more sour. When kefir has separated too much I like to use a wooden spoon to stir the mixture a bit before straining it. This makes my kefir a lot more drinkable.

Be aware that fermentation time varies by temperature. For instance, in hot summer months, it may take only 12h for your kefir to be fully fermented. In winter, I sometimes leave my kefir out for up to 48h!

How to make kefir fizzier

Making your kefir fizzier is as simple as letting it ferment longer. But to get the most fizziness make sure to do a second fermentation in an airtight jar. This will force the carbon dioxide into the kefir and make it fizzier.

Fizzy kefir is one of my favorites! The carbon dioxide that is produced during fermentation make kefir so fizzy. This is not at all a sign that kefir has gone bad or is no longer drinkable.

You’ll be able to see exactly how far your kefir is along in the fermentation process by paying attention to its structure. The more separated and condensed the kefir is, the further along in the process it is.

Increasing the fizziness in your kefir is as simple as doing a second fermentation and making sure that your vessel is tightly sealed. And with that said, enjoy the fizz 😉