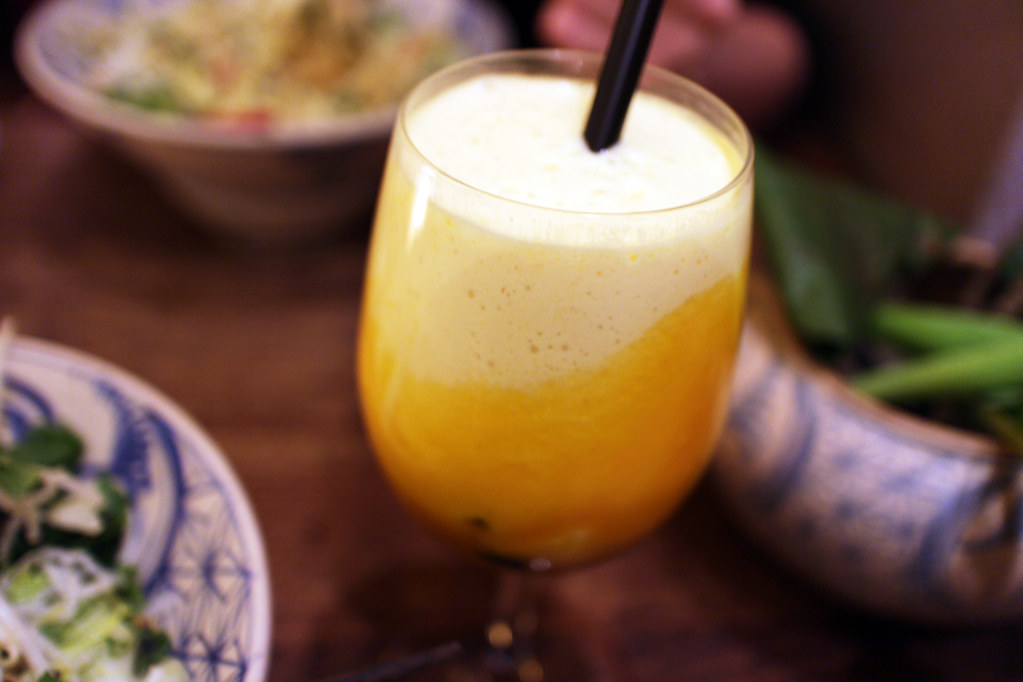 Kefir is the fermented milk drink from the Balkans that has spread through much of the western hemisphere. Lassi is local to India and goes excellent with a spicy Indian meal. But, what’s actually the difference between kefir and lassi?

Both kefir and lassi are made by fermenting milk. However, kefir usually contains up to 35 times more strains of beneficial bacteria. This is because lassi is only fermented with bacteria while kefir’s fermentation process includes both bacteria and yeast.

I’ve wondered often what the exact difference between these two milk based drinks is. And last time I had dinner at my local Indian restaurant I made the decision to find out! I’ll share here what I’ve discovered about the differences between kefir and lassi in terms of nutrition, preparation and health benefits.

Are kefir and lassi the same?

Kefir and lassi are not the same. Although they are both made from milk the fermentation process works different in both beverages. Lassi is fermented only with live bacteria while kefir is fermented with live cultures including yeast.

As a result kefir often contains up to 36 different strains of microorganisms that can replenish your gut flora. Lassi also contains bacteria strains as the result of fermentation but not nearly as many as kefir. Of course, the exact number of strains varies by fermentation method.

Lassi frequently contains added sugar to sweeten the beverage so it can be consumed as a dessert. You can also find sweetened kefir in the grocery store so I always recommend making your own at home.

Is lassi a probiotic?

Lassi is probiotic in the sense that it contains bacteria that can beneficial to your gut and digestive process. During fermentation, lactose is digested and turned into lactic acid. This is done by lactic acid-producing bacteria, i.e. lactobacillus.

Lactic acid-producing bacteria have been shown to have a beneficial effect on the microbiome of our gut and can increase the digestive process in speed and efficiency. For this reason, lassi is traditionally consumed after meals in India.

In terms of nutrition, kefir and lassi are fairly similar since they both originate from milk. This means that you’ll get all the natural benefits that milk provides with both kefir and lassi.

Kefir and lassi are both high in Calcium, Cobalamin and Magnesium. The calcium content per 100 grams covers about 12% of your daily requirement. This is the same calcium content that can be found in milk.

However, as opposed to lassi the fermentation process in kefir further increases the B-Vitamins. Especially, if you are doing a second fermentation with your batch of kefir you’ll get a truly remarkable B-Vitamin-cocktail.

Another difference in nutrition which is not directly represented by the nutrition facts chart above is the amount of live cultures each drink contains.

As alluded to earlier kefir tends to have a much higher number of bacteria strains than lassi. This is due to the different starting cultures used in kefir and lassi. The number of bacteria in each beverage will also depend on the fermentation time and external conditions such as temperature and humidity.

In terms of preparation kefir and lassi can differ substantially. Oftentimes lassi that can be bought at the supermarket has not been fermented at all or just contains pasteurized yogurt and sugar.

While kefir and lassi do differ substantially in their preparation and in terms of the amount of bacteria they contain, they provide several of the same health benefits. I’ve first made a list of all of the benefits that kefir and lassi provide here:

In addition to the list above kefir has several other benefits that make it superior to lassi in terms of health benefits:

Kefir and lassi are both delicious fermented drinks made on the basis of milk. However, they differ quite a bit in terms of the fermentation process and end result. Overall, kefir simply offers more benefits to our health.

Less lactose, more good bacteria and a healthy dose of B-Vitamins is not something lassi can compete with. But you don’t have to drink one of the other just for the health benefits. I enjoy a good mango lassi with my Indian curry just as much as the next person!

When it comes to my gut, however, kefir is my first choice.

“Mango lassi” by Martin_Jordan is licensed under CC BY-ND 2.0