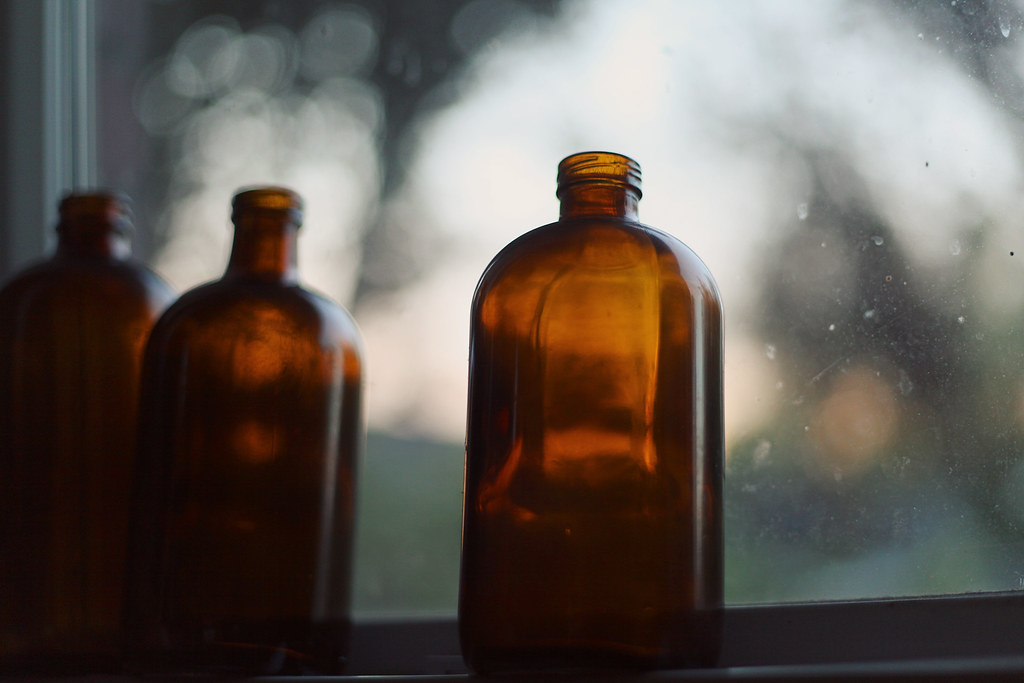 In the age of a renewed interest in the infamous and ancient kombucha beverage, why not take it a step further and make it the way most people like their drinks: with alcohol!

Kombucha beer (or “hard” kombucha) is kombucha tea that has a minimum alcohol level above 0.5% — but it can get up to 7%. There are two different ways to accomplish this: the first is through extended natural fermentation, the second is through adding additional alcoholic ingredients.

If you want to find out more about kombucha beer, travel with us below and we’ll discuss the ins and outs of kombucha beer (and kombucha), how they are made, and how to make them for yourself.

Contents hide
1 How Kombucha Beer Is Made
1.1 Natural Artisan Method
1.2 Collaboration Method
1.3 What Do You Mean “Make It”?
1.4 How Do You Make Kombucha Tea into Kombucha Beer?
1.5 How Alcoholic Do You Want It?
1.6 Making Real Kombucha Beer
2 Author

How Kombucha Beer Is Made

As we said, there’s a few different ways to make kombucha beer. Well, there are two — but there are more and less complicated versions of those two. We’ll start with the first: the natural artisan method.

All the natural artisan method really is making kombucha that sits out a little longer than the normal fermenting period, which produces more alcohol as a result. Alcohol is a natural and necessary byproduct of kombucha and, though kombucha companies often modify their kombucha alcohol levels for general consumption, there will always be some alcohol in there.

The easiest way to make natural kombucha beer is to let it ferment longer. The fermentation process is what makes kombucha alcoholic in the first place, so it’s only natural that a longer fermentation period would equal a higher concentration of alcohol. But it won’t be that alcoholic. Probably a few percent at best.

But how long should you let it sit out for? We’ll get to more of that below, but the short answer is: it depends on how alcoholic you want it. Kombucha can be initially brewed for about a week, but you can make it sit for upwards of a month to get it way more fermented and have a higher level of alcohol.

Now, nobody liked group projects in school unless you were partnered with a really smart kid who did all the work (unless you were that smart kid!). But, as you find in the corporate area, and hopefully in a couple of your group projects, there are one or two collaborations that are just right.

This is exactly the case when normal, low-alcoholic kombucha tea partners with an external alcohol. Now that’s a group project I want to be part of! For your kombucha beer — if you want to stick to beer — you can literally go pick up a 12 pack and a few bottles of kombucha, and mix them together (slowly because kombucha is pretty carbonated and reactive) and then you are ready to go.

The bitter flavors of alcohol mix well with the somewhat bitter, but sweet and fruity taste of the kombucha. Kombucha beer is basically Mike’s Hard Lemonade with a little more sophistication — and less sugar!

What Do You Mean “Make It”?

If you haven’t figured it out yet, you don’t have to make a single thing for kombucha beer if you don’t want to. The collaboration method takes perfect care of that.

But, if you are a stubborn do-it-yourself artisan, there are even more options for you. Before we get into the best way to make kombucha beer (hint: it’s like actual beer brewing brewing!), we have to discuss how real kombucha is made in the first place. For you artisans out there, the rest of the article is for you.

How Do You Make Kombucha Tea into Kombucha Beer?

First off, saying “kombucha tea” is a bit repetitive, because kombucha is tea that has been fermented. If that’s any hint, tea is the first ingredient needed to make kombucha. Here’s the short list of the needed ingredients: tea, sugar, SCOBY, and a starter.

After making the kombucha tea and finishing the second fermentation, its time to turn it into kombucha beer.

How Alcoholic Do You Want It?

Your first thought might be: how Alcoholic can you get it? As we said, letting the second fermentation of your kombucha sit longer than usual will get it more alcoholic. Just remember, using this method will not “spike” the kombucha in the normal use of the word, but a longer fermentation should give it a little kick.

So, while this method will make it a little more alcoholic, in order to make the kombucha truly competitive with — say —  beer, you will need to do something different. Some may call it beerer-izing your kombucha; others may call it making a true, artisan kombucha beer. Either, put on your beer brewing hats.

In order to start making kombucha beer entirely from scratch, you have to think like a beer brewer. This includes thoughts like yeast, and maybe hops, and other beer flavorings. The process of turning kombucha into a beer-like alcohol level involves only one extra step in the fermenting process, right in between the original first and second fermentation.

Once you stir it in with the kombucha — and add hops or whatever flavorings you want — use a jar with an airlock, or a tight lid, to let you kombucha sit and turn alcoholic. This process will also take about a week.

You should take out the flavorings after 2-3 days. During the week, taste your kombucha beer through the days until it has the perfect tang and alcohol level for you.

Basically the process of making kombucha beer from scratch is doing three total fermentations, instead of two. This will take, on average, around 3 weeks. This is why it’s a great idea to make at least a gallon of kombucha brew, otherwise you will run out while trying to make another batch.

Here are some recipes (1 &  2) to consult if you want some other ideas of what flavors to add, or a visual aid to go along with it. Happy brewing kombucha makers!